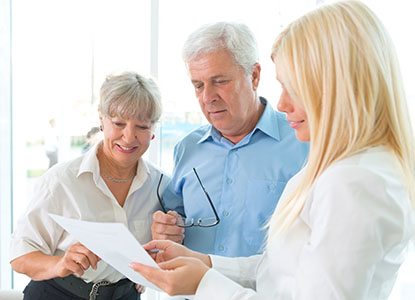 Concussion vision issues affect a large number of patients. This leads to an inability for patients to comfortably carry out many activities of daily life (e.g. reading). Following an mTBI, it is theorized that the integration of vision subsystems, focal and ambient, break down. Full concussion vision evaluation should include: basic optometric considerations, as well as oculomotor & non-oculomotor functional testing. Repetitive vision exercises, +/- aids, are believed to accelerate & enhance the natural neuroplastic recovery.

The first part of this Bits and Bytes article on concussions and vision will look at the frequency and type of problems that individuals with concussions (mTBI) encounter. It will also very briefly summarize the vision theory regarding deficits and the frequently employed treatment approaches. The second part will look at the evidence for vision treatment, dosages & who should provide them.

The frequency of TBI in the population is estimated to be 150-300 per 100,000 individuals.1 It has been estimated that 70-80 % of these TBIs are mild TBI. A retrospective study done on TBI outpatients reported that 90 % of the 160 individuals surveyed had oculomotor deficits.2 Taken together, these statistics mean that, at any one time, a large number of individuals are recovering from concussions, and an overwhelming majority of these individuals are dealing with vision problems.  Vision problems in patients with concussion / PCS contribute to symptoms such as headaches and fatigue. They result in dysfunction, e.g. poor concentration, reduced ability or inability to read, drive, study and / or work. These in turn lead to substantial reduction in the concussed person’s quality of life, and a huge productivity loss & cost to their societies.

Much of the theory about vision therapies and treatment originated from the work Dr. W. Padula.3 He proposed (based on his own research, clinical experience and earlier primate studies done by other authors), that vision is bimodal.  The first mode is the “focal.” It is the slower acting of the two modes, and is content driven. In other words, it is primarily involved in identifying what is being looked at. The second mode, the “ambient,” works much faster. It is context driven and has its origins in survival. It is primarily focused on what is around the thing being viewed, and its potential threat. The ambient system manages the oculomotor functions of the eye. For example, how to efficiently and seamlessly move the eyes between targets (i.e. saccades). The ambient visual system is also highly integrated with the vestibular and somatosensory system to maintain posture and assist locomotion. A good example of the two systems working together is the high level vision task of walking while reading a book. The focal system is concerned with the content of the book. The ambient manages the movement of the eyes from word to word, the maintenance of upright posture, and the avoidance of obstacles. Usually these two systems, focal and ambient, work like hand in glove. However in brain injury (e.g. mTBI) this integration is thought by neuro-optometrists to break down. Most often the breakdown occurs in the ambient system causing focalization.

Vision has many levels from its basic retinal processing, through subcortical and subconscious cortical sensory matching, up to conscious visual cognition.4 For any given level to work, the lower more basic capacities need to function well. It is believed that the clinician best assists the individual to recover visual function by identifying and remediating the impairments present at the very basic levels, well below consciousness.

Ciuffreda & Ludlam break concussion vision assessment, associated dysfunction(s) and treatments into 3 tiers.4 For the purposes of brevity, their model is simplified as follows:

Zelinsky notes that many vision professionals, finding no issues with a concussed individual’s structural and neurological vision systems (Tier 1), erroneously conclude there is no abnormality elsewhere in their vision system (i.e. functionally).5

Vision therapy relies on the brain’s innate ability to observe patterns and correct its own deficits through neuroplastic change. To facilitate neuroplastic recovery, the patient is given progressively harder vision exercises, +/- temporary visual aids such as prism glasses, bi-nasal occlusion (BNO) & tints. Prisms are used for version and abnormal spatial localization (i.e. midline shift). Binasal occlusion & tints are used to lessen the motion sensitivity, often demonstrated while walking. Tints are employed for photosensitivity

Paul received his B.Sc. (PT) with honours in 1998 from the University of Toronto. He is a registered Physiotherapist with the College of Physiotherapists of Ontario. Paul Godlewski practices as a consultant physiotherapist at three separate locations across Toronto: East Toronto – East Toronto Orthopaedic & Sports Injury Clinic Downtown Toronto – Athletic Edge Sports Medicine West Toronto – Trilogy Physiotherapy To deliver the best care, he collaborates with sports physicians, a neurosurgeon, a psychologist, other PTs and RMTs. Paul Godlewski also works closely with many out-of-house specialists including: otolaryngologists, Neuro-Optometrists, Speech Language Pathologists, Occupational Therapists and Cognitive Behavioral Therapists.